Rector Dag Rune Olsen during the digital press conference for Friends of the ERC.

as clearly demonstrated by the two previous panelists in this press conference, ERC is a true success-story and an extremely efficient funding mechanism for high quality, curiosity- and creativity-driven research of vital importance for knowledge-based societies. There is no doubt that the ERC is a major reason for Europe´s increasing strength in research. However, its budgets are challenged. If we fail to strengthen or even secure funding for the ERC in Horizon Europe, the next European framework program for Research and Innovation, Europe’s share of the global production of knowledge will diminish. This will also have serious, long term consequences for European innovation and industrial leadership. Thus, ERC is vital to Europe.

Even though Norway is not a member of the EU, we are full members of EU’s research and innovation program. And; it’s is fair to say that the ERC has had profound impact on the research quality and the careers of young scholars in Norway, as well.

Yes, the success of the ERC is widely acknowledged, but the financial challenges still lacked a voice in Europe. That is why the University of Bergen launched the “Friends of ERC”-campaign, I’m proud to say.

In an open letter, leading scientists and university leaders call upon the EU Presidents von der Leyen, Michel and Sassoli as well as Heads of States and Governments in Europe to secure funding for the ERC in the next long-term EU budget.  The petition letter is now signed by more than 16.000 scholar, 14 Nobel laurates and laureates of other prestigious awards, former and present leaders and members of ERC Scientific Council, more than 50 leading European universities, as well as university networks, organizations and foundation. We are proud that also leading EU parliamentarians and former Director-General of DG Research and Innovation of the EU Commission have signed the petition.

With this open petition letter, we urge the EU to protect the funding of the European Research Council in the long-term budget of the EU.

Finally, I’d like to mention that there will be a session together with the newly founded Association of ERC Grantees at the European Commission’s R&I Days on September 24. 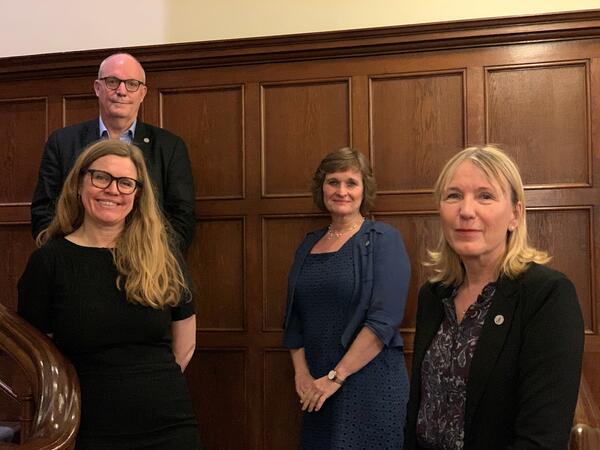